In 2002, while we were searching the Internet for upbeat piano music, we came upon a website called evergreenmelodies.com. The web site was located in Australia and the music was played by entertainer John Sidney.  After placing a few orders for CD's, we became e: mail "pen pals" with the site's owner, Graeme Pope, from Victoria, Australia. Graeme is passionate about John Sidney's piano music and the impact it has on improving quality of life for the elderly.    We could not have realized our dream of this wondeful web site without the generous support and dedication of our dear friend Graeme.  He spent endless hours on the Internet and on phone calls with Sharon to accomplish this project.  (Of course, when you get two perfectionist types living on opposite ends of the world, you can accomplish great things!)

During one of our shows, instead of playing our usual pre-show music, Rich decided to play the John Sidney Sing-Along CD.  He immediately noticed that the residents seemed to “come alive”.  They began to sing with the music, others were clapping their hands, others were toe-tapping, and others were keeping time with their canes. As we were performing the show, we all noticed the transformation in the residents – they seemed more alert, jovial and upbeat. 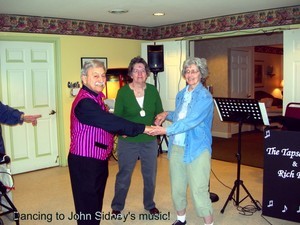 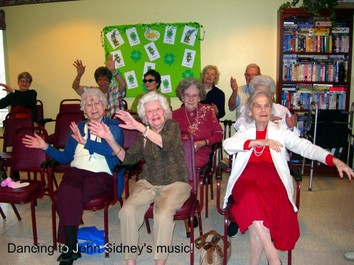 They began to sing with the music, others were clapping their hands, others were toe-tapping, and others were keeping time with their canes. As we were performing the show, we all noticed the transformation in the residents – they seemed more alert, jovial and upbeat. From that show on, the John Sidney “Sing-Along CD” has become our standard pre-show CD and his music works every time.

Rich uses many of John Sidney’s piano songs for his background arrangements.  He sings a combination of Big Band songs, Rat Pack standards, and John Sidney’s beloved songs from the past.

Some of the resident’s favorites include John Sidney’s piano arrangements of:

"Cruising Down The River", "Baby Face", "Shine On Harvest Moon", "I'm In The Mood For Love" and "April Showers". Often the facility staff stands in the back of the room to watch the show and some even sing and dance to the music. The residents especially love when Rich walks around to the ladies using his cordless microphone and sings to John Sidney's "Let Me Call You Sweetheart" and "Love Letters In The Sand". 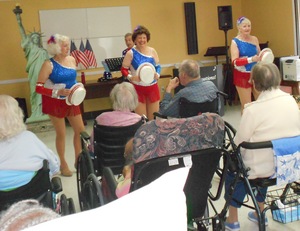 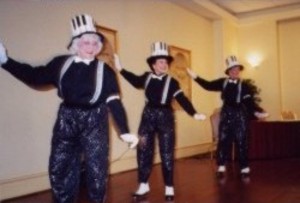 During our “Patriotic Stars & Stripes” Program, a crowd favorite is always when the Tapsations dance with skimmer hats to John Sidney’s rendition of “Alexander’s Ragtime Band.”  Another favorite is John’s version of “The Entertainer” where the ladies wear costumes of black and white, complete with piano key designed top hats and suspenders.

Before every song and dance, Rich keeps the audience involved by asking trivia questions pertaining to the next song. During our “Summer at the Beach” program, Rich announced “Here’s an old song written in England in 1907 – it’s called “Beside the Seaside”. After he finished singing to John Sidney’s arrangement, a resident exclaimed that she was from London and she hadn’t heard that song since she was a little girl.

John Sidney's songs are the great tunes that the residents grew up with and they invoke fond memories of happy times in their lives. The residents love to hum or sing along with us and enjoy taking a sweet trip down memory lane. We love sharing the joy of music with the residents and, using John Sidney’s songs in our shows always guarantees a smile on their faces! 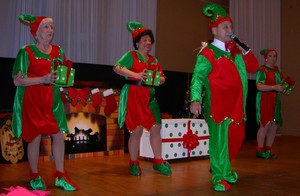 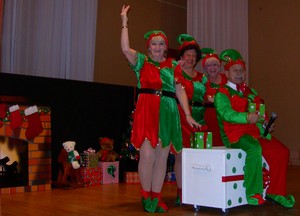 In December, 2010,  we performed to an original composition by John Sidney titled "Christmas Time Is Here Again ".  We  presented this number at our annual "Lewes Men's Chorus & Tapsations Dancers Holiday Show" and we opened all of our 2010 Christmas shows with it.  Although we never met John Sidney, it was as if he had written the song just for us as the lyrics say: "with singing and dancing and laughter too, entertainment especially for you".  It was the perfect song for us and we felt honored to use it.